Sean McMahon was born, the son of Annie and Eugene. He had two brothers and three sisters. He was killed with both his children when his private airplane crashed in 1979 en route to witness the visit of Pope John Paul II to Ireland. The plane was a four-seater Cessna 172, which is still in production today.

This papal event in Ireland was massive as the Polish pope had only recently been elected and was very popular at the time. About a million people attended the mass he gave in Dublin’s Phoenix Park. So, Sean was keen not to miss out and decided to fly with his kids but not his wife, who stayed at home.

The small plane took off from Enniskillen St Angelo airport in Northern Ireland and was on its way to Shannon airport in the Republic. It crashed in fog in the Cuilcagh mountains on the borders of Cavan, Leitrim and Fermanagh. This was quite close to its point of departure.

Sean’s son Brian, daughter Carmel and sister-in-law Margaret Magee all died. The plane hit a mountain about 50 to 100 feet short of its peak. It burst into flames and it’s assumed those on board died instantly. His wife Maura was unaware of the accident and notified of the tragedy later. She was a teacher at a local school.

Sean was founder and chairman of the Enniskillen Flying Club. He was also a business figure with a large TV dealership. His family lived on the Drumclay Road though Sean was originally from Dublin. 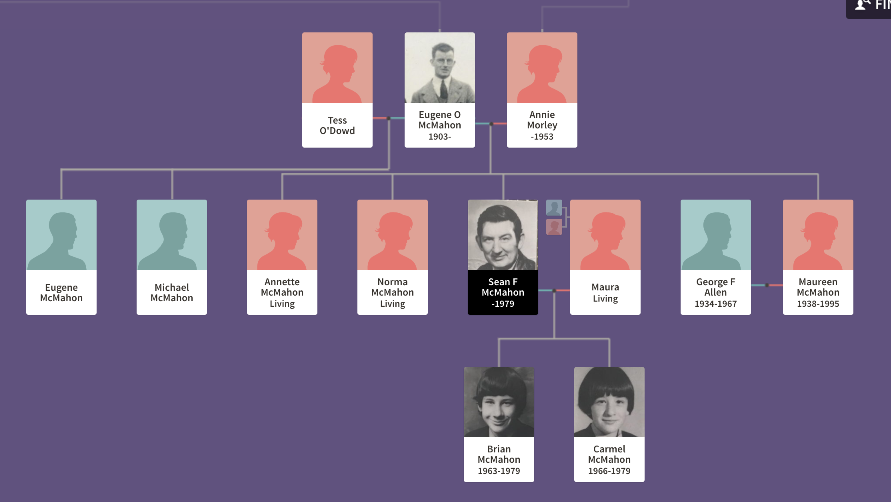