Owen Eugene McMahon was born in 1823. He had four sons and two daughters with Mary Heatherington between 1867 and 1879. He died in 1901 in Dungannon, Tyrone, having lived a long life of 78 years.

Owen was a collier. In 1841, he was living in Bishop Wearmouth in Sunderland, presumably working in the mining industry and listed as Owen McMan. He was registered in the 1901 census as living with John, Maggie and Minnie – three of his children – but not his wife, who may have died. 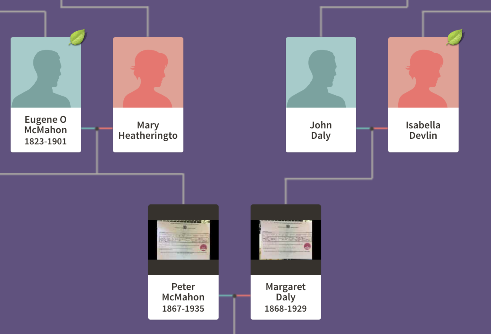