Margaret McMahon was born on 13 October 1874 in Dungannon, Tyrone, the daughter of Mary and Owen. She had four brothers and one sister. She died in 1901 in her hometown at the age of 27.

She was alive for the 1901 census where she is registered as living with her father and Minnie and John, her sister and brother. She became a nun in the Poor Clare order in Belgium. During the First World War, she was transferred to a convent in France. Her name as a nun was Sister Alice.

There is a letter from Sister Alice below written early in the 20th century – 1902. 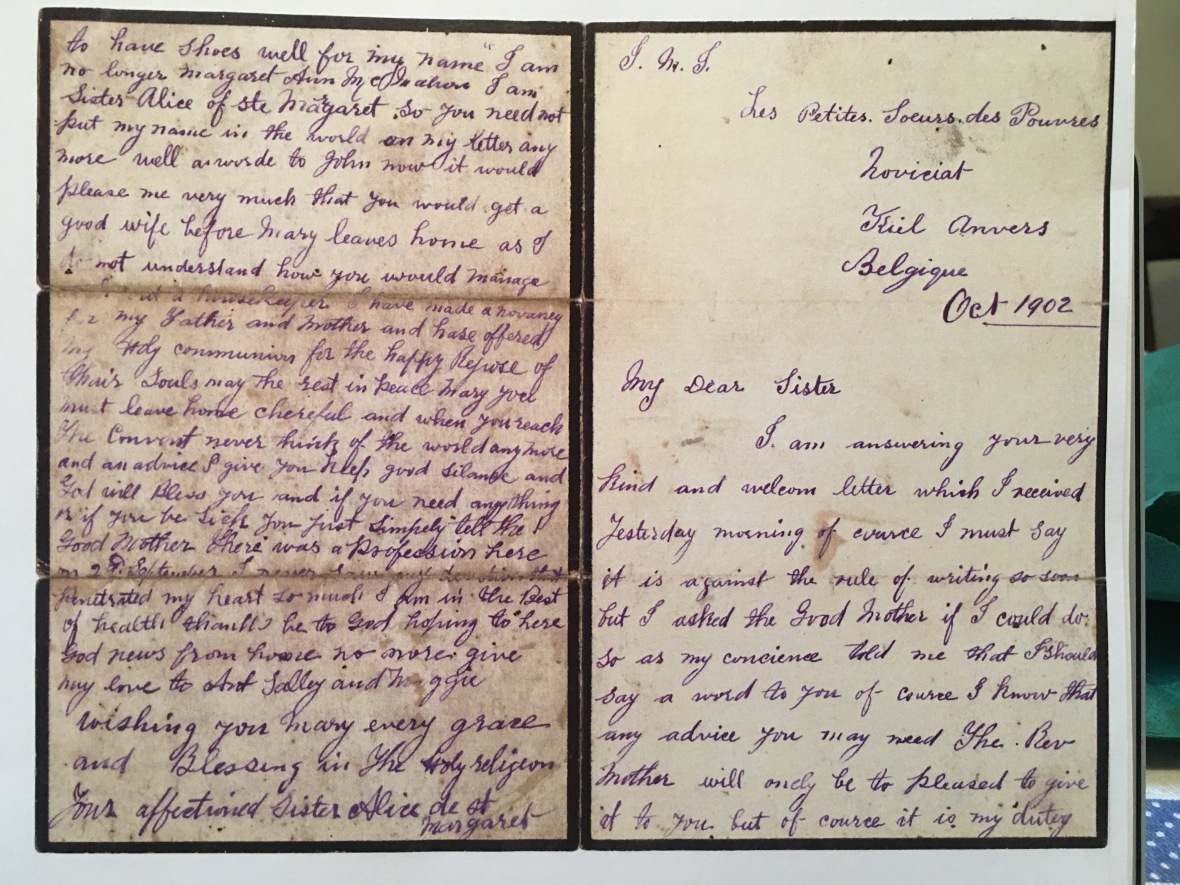